Warrior Cat Clans 2
Born as a kit. Grow into an apprentice. Transform into a warrior.
Home
Forum Updates Members search Login or Register Revamp Site
admins
x
vade mercum
(n) — a handbook or guide that is kept constantly at hand for consultation 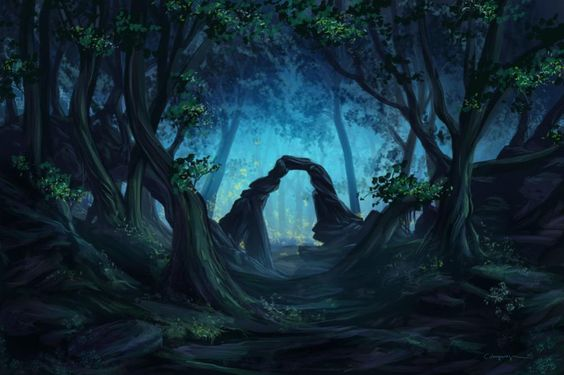 Crescent Hollow
In the winter moons the hollow is thick with ice, but in the warmer moons the hollow is a hot spot to hang out around. It’s located at the north tunnel entrance allowing sunlight to naturally filter in as well as a few holes in the ceiling allowing proper light to trickle in. Plant life and moss grows down here allowing cats to get a good grip on the rocks instead of touching the water. The water is puddle level deep allowing safe passage for any cat to cross.
Crescent Hollow
Lately, despite the ice beginning to grow in Leaffall, a strange amount of Cadets have been seen in the hollow. Most of the older cats aren't concerned, and assume they're just sliding about on the icy puddle... but if they were to look closer, they'd see strange stashes of items are being held between the rocks. 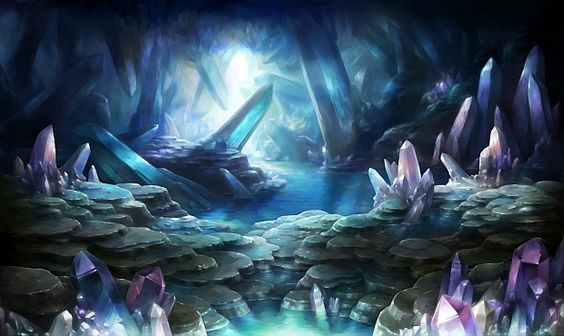 Crystal Cavern
Located underneath FallClan’s territory. Renegade Regime and FallClan historically have been very defensive about the caverns ownership, but eventually Renegade Regime settled to claim the Crystal Cavern further back allowing FallClan to have majority of it. The water is very warm and the air is thick with heated mist allowing for a relaxing experience for the Regime cats to hang around in. Many must be wary of the water as certain areas are deeper than others and the crystals can be slippery.
Crystal Cavern
During the flooding of the Survival Clans the tunnel leading to the Cavern was blocked on the Regime's side. 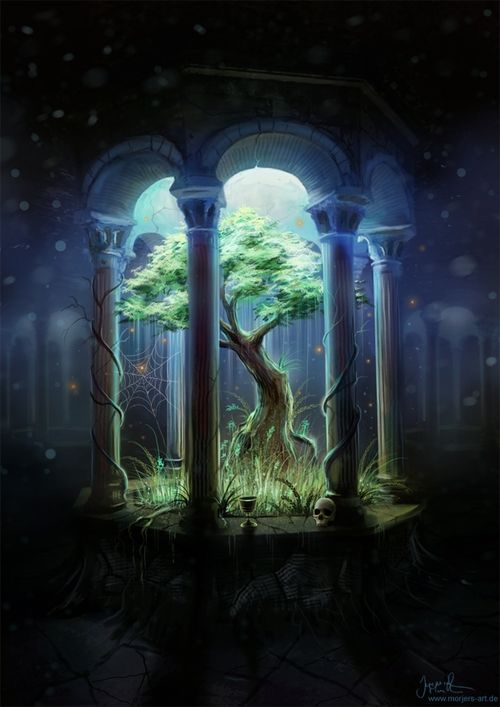 The Woodland Hall
The floor is a mixture of dirt and pearly smooth tile, it’s on the lowest level of the Regime and therefore the air can become a bit thin. Spread throughout the column two-leg made hallways are Roman gazebos, each possessing a tree inside, but are some empty. It’s tradition for every new commander to plant a sapling. The older the tree, the older the commander. Since the Regime moved not every commander was able to plant a tree so many of the very ancient commanders share one while newer commanders have their own. This is a place where cats often come to be alone to think and meditate.
The Woodland Hall
The earliest Commanders, who lived before the Regime moved tunnels, all share a group of three trees in the back of the hall. 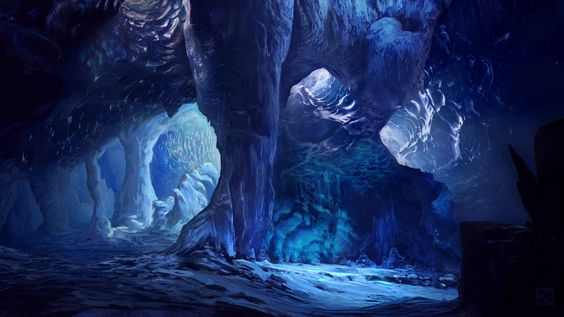 The Tunnels
The tunnels are tall traveling dozens of feet below the ground with such a gaping amount of room it leads many to wonder how the tunnels became so roomy. Many Regime cats will tell you that the tunnels were once the surface, but over time sank down due to natural disasters explaining why they find patches of forest still thriving below their territory.
The Tunnels
Prey can often be found in the tunnels, especially the least trafficked branches. Mice, moles, frogs, and rabbits have been found lost or wandering. Bugs, including earthworms and beetles, are a tasty treat for tykes. 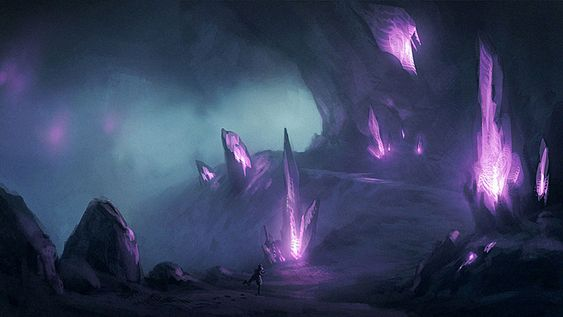 The Outlands
There are tunnels underneath every clan territory, it’s common for Spies to use them to do their job. Various black, purplish shimmery rocks line across the murky tunnels, it’s very easy to get lost and is very dangerous. The further the tunnel reaches the more unstable they are whether they’re prone to collapsing, flooding, or predator infestation. Very few ranks are permitted down these formidable tunnels.
The Outlands
Not even rebellious cadets will venture into these tunnels. Punishments for breaking this law are fierce and very strict to make up for the danger the cats put themselves in. 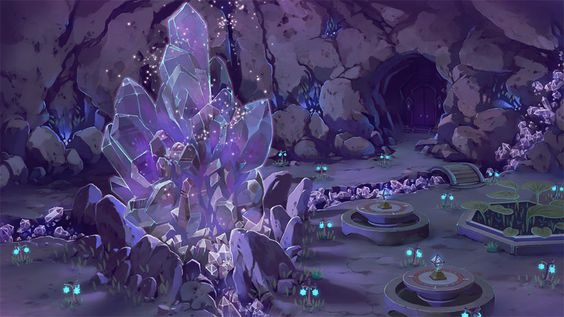 Headquarters
The heart of Renegade Regime, many cats gather around Headquarters to socialize as well as see what the scouts bring in to deliver it to various sectors. Cadets aren’t allowed in this district, only head cadets are allowed to come in and gather prey for the rest of the cadets. This is a common place for the commander to give announcements and plans of action to be formed. The large amethyst is about the size of a fully grown oak tree, it’s not uncommon for cats to climb and lounge on the impressive crystal. There are two fountains on either side of the crystal that no longer run, but still hold water from the well water that has cracked below the concrete. Dead Nettle blankets the floor, many cats grow up very fond of the purple colored flowers. 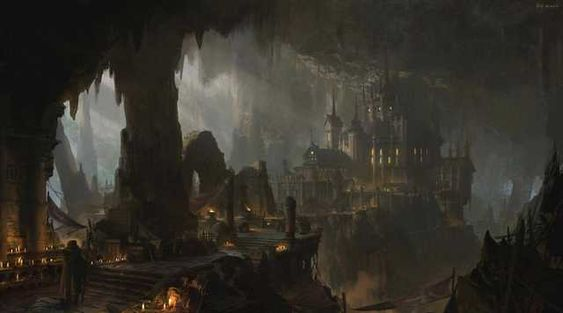 Tunnel of Spirits
This tunnel, far underground, passes through the ruins of an ancient underground city. It is full of danger, be it wild animals, crumbling rock walls, or malevolent cats. Every Mercenary Cadet must pass through the tunnel, and will be promoted to a full soldier only if they can make it through safely. It is one of the oldest traditions of the Regime, used to test the strength, bravery, and cleverness of the soldiers. No one enters without the Commander and/or the Mercenary Superior's say-so.
Tunnel of Spirits
Strange stone twoleg objects litter the city. 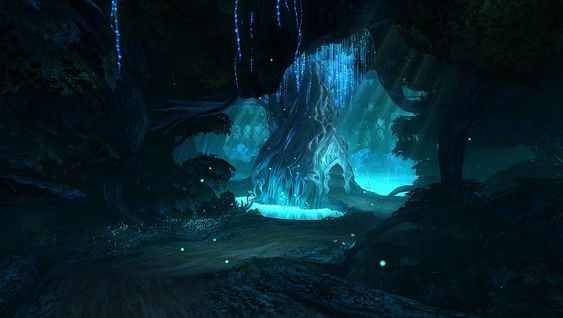 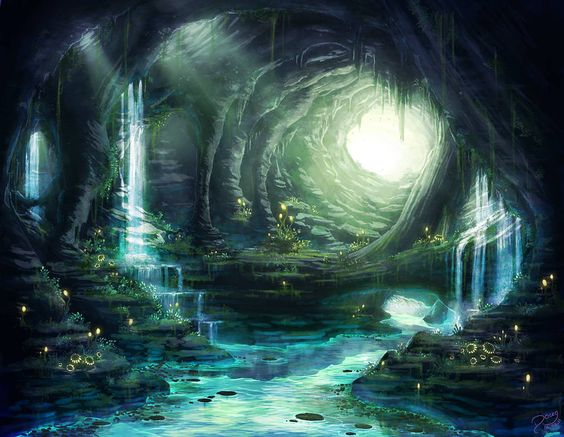 The Underground Forest
The underground forest was a gift from DayClan to the Regime after they saved DayClan from enslavement. The forest is located underneath a large chunk of DayClan’s territory. The entire forest is made of stone and tree roots, it’s almost impossible to find the dirt flooring. Here birds, squirrels, and other wildlife live with very few predators allowing for some easy kills. Most scouts are forbidden from hunting here except for training or in times of great need. The underground forest is used as a secret last resort in times of great hunger. However it is a pleasant dark place to hang around for any Regime cat.
The Underground Forest
Lapwings, thursh, doves, bats and finches are found high in the branches of the forest, while mice, squirrels, moles, gophers, lizards, and frogs are found on the forest floor. The lake is home to several small schools of minnows. Occasionally badgers will find their way in and need to be lured out by trained Mercenaries.